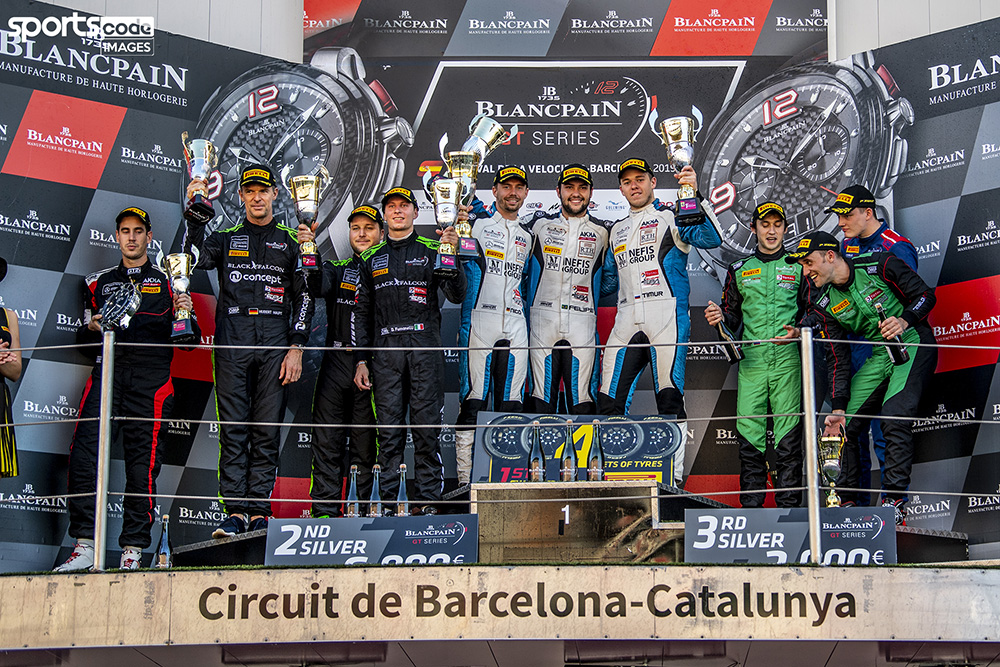 The Nurburg-based team called the driver for the last round of the Blancpain GT Endurance in Barcelona, with the aim to well perform in the Silver Cup class together with the two drivers Haupt and Assenheimer.

The goal was to secure the second place in the championship, a goal fully achieved thanks to an excellent race ended in second position of class and seventh overall!

A great performance by David, who had even taken the lead in his category in the final stint with and fourth overall, but a contact in the last 20 minutes made him lose 3 positions, put him in 7th place overall.

The feeling between the Italian driver and the German car is always better and who knows if this performance does not allow him to open some doors in 2020.
I am delighted to close the year with this beautiful race, thanks to Black Falcon team for the call and the trust in me. I tried to give my best without making mistakes and compromising the championship position. I found myself very well with them, I hope to have other opportunities.